In the early 1950’s, a young Belgian medical doctor with a passion for pharmacology, Paul Janssen, combined his altruistic humanism, his considerable technical knowledge, and some nascent entrepreneurial skills (aided and abetted by a 50,000 franc loan from his cashed-up dad) to found Janssen Pharmaceutica. Paul and his research team were no slouches, inventing / discovering no fewer than 80 new medicines, four of which are still on the WHO List of Essential Medicines today. Some of their greatest hits include:

Most of these are familiar to us in modern practice here in Australia. The remainder are, perhaps, more familiar to our American colleagues, with etomidate the weapon of choice for the majority of inductions, and diphenoxylate’s early claim to fame being its use (as Lomotil) in stopping the Apollo astronauts from over-taxing the built-in nappies of their incredibly expensive spacesuits. The company was eventually subsumed by Johnson & Johnson, and Dr Janssen himself passed away in Rome in 2003, revered in his native Belgium for his significant contributions to therapeutics and medicine. 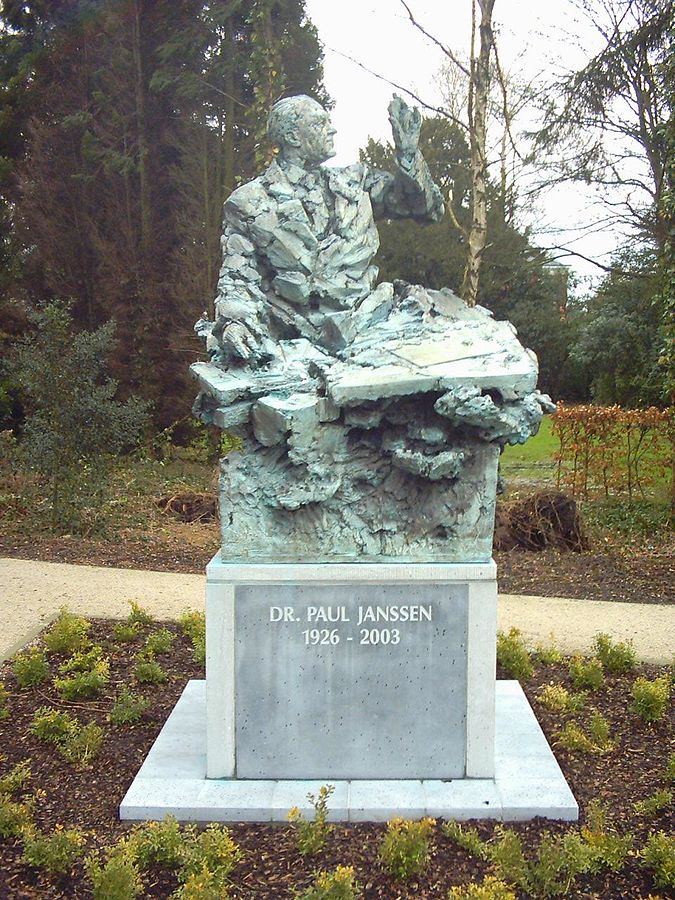 While fentanyl went on to bigger and better things, as did some of its derivatives and close cousins (you may have met Remi, Al, and Su in your travels), carfentanil never found a particularly wide market. It did, however, find a few out of the way niches to occupy, namely:

In more recent times, carfentanil has become better known in its role as a recreational pharmaceutical, and the deleterious effects it causes due to both its potency, and its covert presence in what end-users believed to be other, more familiar (and predictable) opioid narcotics.

Carfentanil has been manufactured in large quantities in China from at least the early 2000’s onward. It was completely unregulated until 01 MAR 2017, when it was added to the list of controlled substances in that country. As of 2016, it was still freely available from chemical supply companies in China for around $2,750 USD per kg. While China has, at least officially, clamped down on production of carfentanil, interestingly it is still not controlled internationally under the 1961 UN Single Convention on Narcotic Drugs. This seems to simply be a result of the relatively recent emergence of carfentanil as an illicit narcotic agent, and its absence from the explicit list of drugs specified in the convention. Consensus opinion is that this ostensibly unregulated status will be changed, amidst mounting recognition and concern amongst several member states, particularly in Europe, the USA, and Canada – the major destinations for exported carfentanil.

In 2016, Canadian authorities seized a single kilogram of carfentanil that arrived at Vancouver airport from China, hidden in what were labelled as printer ink bottles. It’s been suggested that this amount was enough to provide a potentially lethal dose of carfentanil to every man, woman and child in Canada, though this is perhaps something of an overstatement. 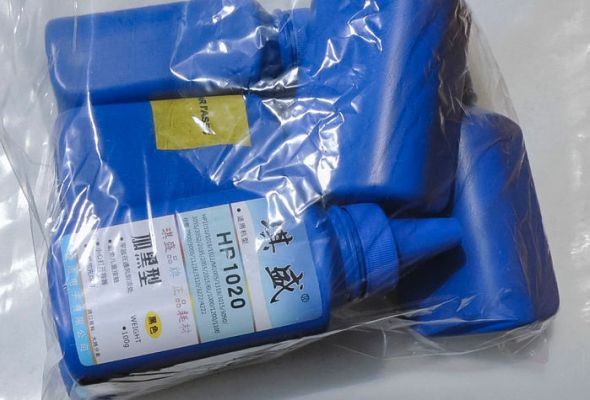 Pure carfentanil in the bottles

In Australia, carfentanil is a scheduled S8 controlled substance. There has been one recent case of a confirmed adverse event related to carfentanil in NSW. In light of the overseas experience where, for example, the Miami-Dade county in Florida, USA, recorded 134 overdose deaths in 2016-2017 involving carfentanil, the confirmed presence of illicit carfentanil in Australia is of considerable concern. The threat has been recognised by public health authorities, and harm minimisation measures targeting carfentanil, as well as the more “traditional” opioids, are afoot :

Initial manufacturing processes employed by Janssen Pharmaceutica were (relatively) inefficient, with around a 1% yield from the readily available precursor compound. Various parties developed an interest in more efficient synthesis of carfentanil, for veterinary, radiotracer and…other…implementations. While there is broad familiarity with the use of aerosolised carfentanil + remifentanil (+/- a further volatile anaesthetic gas) by Russian authorities in a 2002 hostage crisis in the Dubrovka Theatre, where at least 130 people were killed (some by gunfire) and > 700 survivors were affected (some severely & permanently) by the aerosol used, some of the most significant advances in the synthesis of carfentanil came at the behest of the US Army in the early 1990’s, with vastly improved yields of  > 20% obtained : 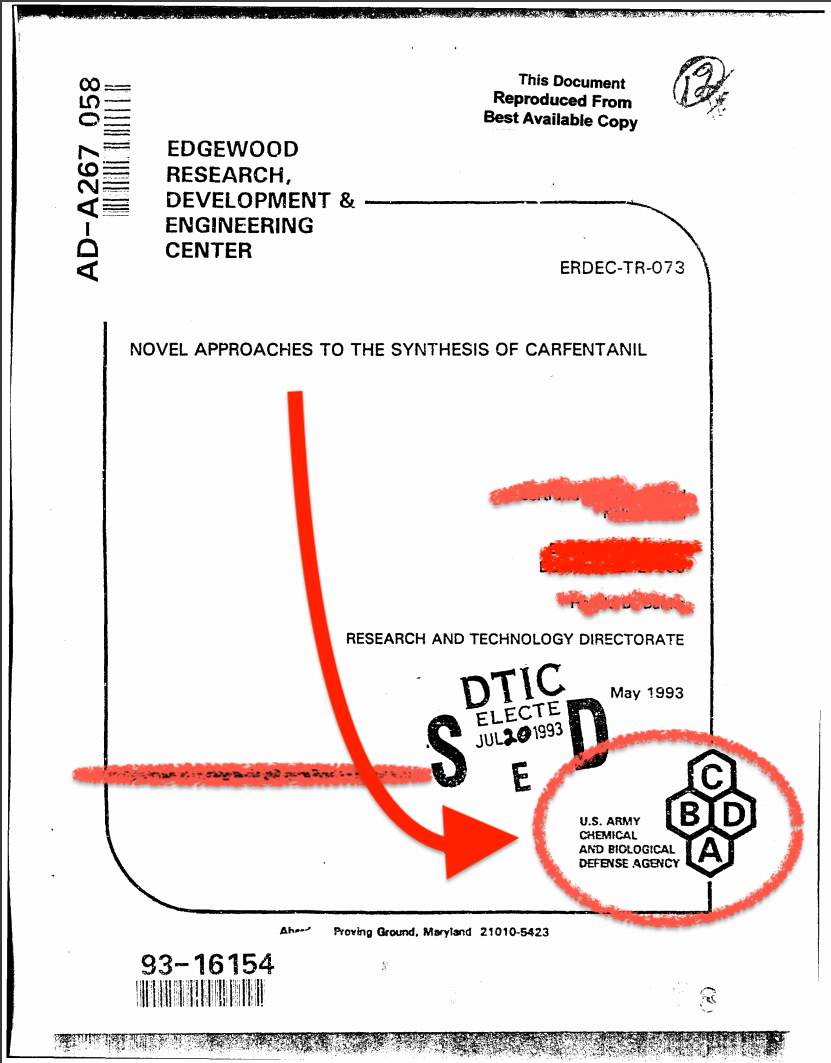 It remains unclear whether the US military had therapeutic, or other, uses in mind. But they did go to the trouble of specifying that they had no official position on the potential relevance of this now much more easily manufactured substance, thank you very much :

Carfentanil is a clear, highly water soluble substance with no discernible odour. It is highly lipophilic, with a large volume of distribution, and crosses the blood-brain barrier with dismissive ease. It binds avidly to Mu > Kappa > Delta opioid receptors, where it is an agonist… and an exceptionally potent one.

A graphical comparison of both the structure, and relative potency, of fentanyl and some of its derivatives is shown below (if the video works via the browser you’re using):

The following neatly summarises the confirmed knowledge of the pharmacokinetics of carfentanil in Homo sapiens: 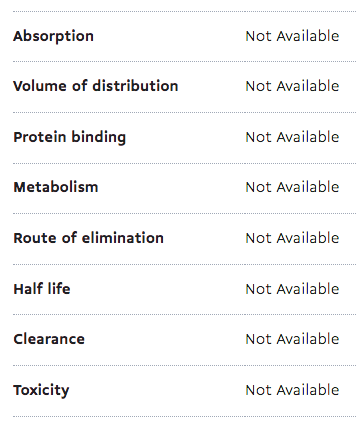 …okay… this is, of course, a slight exaggeration, but seriously, there are no high quality, rigorously measured, accepted quantities for most of the pathophysiologically important parameters we as clinicians would like to know. The vast majority of what we do know about the pharmacology of carfentanil is derived from its effects on other large mammals, computer modelling, and data obtained from in vitro experiments with cultured human hepatocytes.

The half-life is in the ballpark of 5-8 hours, giving a practical duration of action of 24-36 hours, but re-narcotisation has been observed as late as 72 hours. This may be due to the longer half-life of ~12 hours for one of the metabolites, norcarfentanil. With regard to the metabolism of carfentanil, there is very little hard data. The potential metabolic candidates are shown below:

The “liver cells in a petri dish” experiments strongly suggest that the CYP450 3A4 enzyme suite is of particular importance (as it is for fentanyl), and that rapid ester hydrolysis does not seem to be involved; it’s thought that this may account for the long half-life and duration of action in vivo in mammals.

Carfentanil shares most of its clinically relevant effects with the other better-known opioids, but has an increased risk of certain issues, marked with an asterisk:

The vast majority of the information we have about carfentanil’s effects, toxicity, and potential reversibility has come from studies of its administration to various medium to large mammals, in its context as a popular dart-gun sedative. Indeed, some of the first (non-military) data on human exposure to carfentanil resulted from a vet’s mishap while handling a dart gun. He was exposed to < 1.5mg of carfentanil, splashed across his eyes and mouth, had onset of symptoms within two minutes, but his mate shoved some naltrexone down his throat while he was still awake enough to swallow it, he was transported to hospital, and discharged after 24 hours observation. 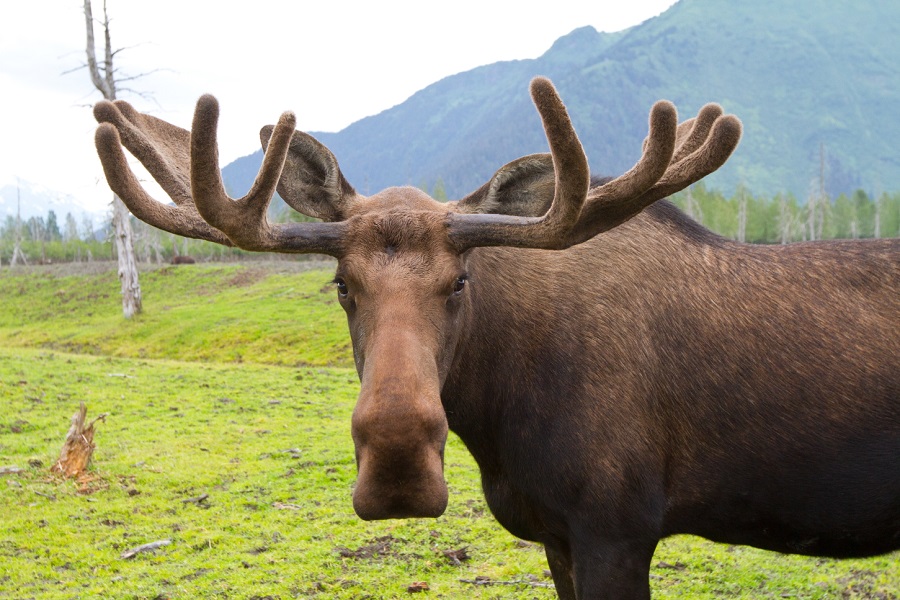 Data is available for the effects & reversal of carfentanil in the following wildlife:

Of note, one needs around 10 mcg/kg to stop a grizzly bear. Alaskan moose are relative lightweights, requiring only 7 mcg/kg to go night-nights. However, be warned that 6.8 mcg/kg is definitely not sufficient to pacify a black bear, with the (well-prepared) researchers finding that the low-dosed bear was :  “…very excited during induction and required IV ketamine…”

Both naloxone and naltrexone have been tested in these animals to reverse their respiratory depression & hypotension, as well as to effectively wake them up again. The typical dose of carfentanil employed in such animals is 5-20 mcg/kg. A typical effective dose of naloxone required for improvement in breathing and blood pressure in Rocky Mountain elk, without waking them up, was a 2:1 ratio – that is, if the elk was given 10 mcg/kg of carfentanil, the effective dose of naloxone was twice this, at 20 mcg/kg. The same elk were fully awakened by a subsequent dose of naltrexone (far more common in veterinary circles than naloxone) at a 100:1 ratio (i.e. 1 mg/kg in this instance). In goats, naltrexone works reliably whether given IV or SC, but is about 60 seconds faster in onset if given IV. In wood bison, naltrexone is reliably effective at a 125:1 ratio.

There is no known LD-50 in humans. The LD-50 in rats is approximately 3.4 mg/kg when given IV. This seems remarkably high, despite the fact that potency does not equate to, and is not proportional to, lethality. By way of comparison, the LD-50 for IV fentanyl in rats is somewhat lower at 2.3 mg/kg. Interestingly, the LD-50 for carfentanil in monkeys is only 30 mcg/kg. This 100-fold disparity is hard to reconcile unless there is a significant difference in the metabolism of the drug in primates compared to rodents, which may well be the case. It may also simply reflect the scarcity and quality of data available to date, or indeed just a horrendous unit-related typographical error in the reported research. In any case, any attempt to extrapolate this information to dose-dependent effects in humans is fraught with danger.

Management of carfentanil toxicity is essentially identical to that of any other opioid overdose :

NB:  Measurement of carfentanil is not simple and probably not available on a routine basis in your hospital. Of particular note :

View all posts by triagemonkey